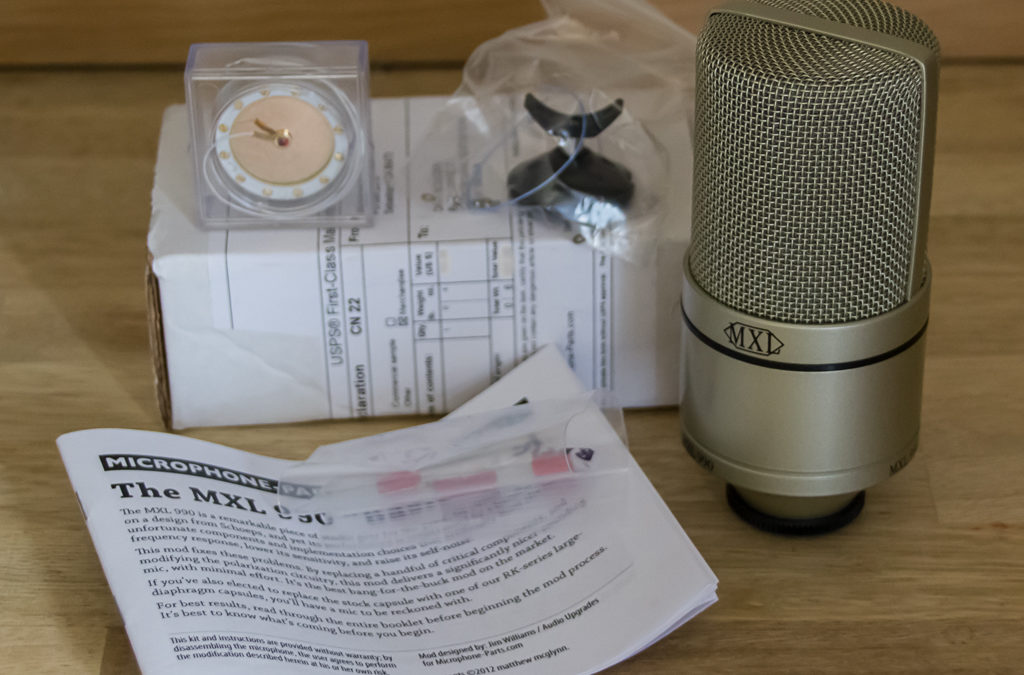 I am just about to embark on a set of microphone modifications and builds after having been inspired by the Recording Hacks website. To this end I recently nabbed an MXL990 microphone off eBay for only £40 and thought it would make a suitable candidate for my first attempt at mic-modding. As luck would have it, I was already discussing capsule-swap options with Matt from Microphone Parts who mentioned he was about to release a mod-kit especially designed fore the MXL990.I duly purchased the basic kit and a week later it arrived from the US. The kit comprises of a set of replacement components and a booklet of detailed pronted instructions. I also ordered an RK-47 capsule with the kit as that plus the component and circuit upgrades should give me an awful lot of microphone for very little outlay.

Before I start any of the modification work, I need to take a reference recording so that I can compare this to a recording done after the mod. I set the mic up in my vocal booth and plummed it through to my favourite TLAudio 5052 valve preamp. 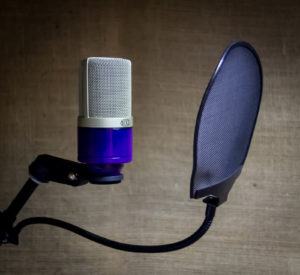 MXL990 in the vocal booth I set the 5052 with as little as possible switched in. So the EQ and compressor sections are off and the LPF is deactivated. I keep the limiter active with a high threshold simply to protect the rest of my recording and monitoring chain from dangerous audio spikes.

Although I do sing BVs with my band and lead on my own material, I’m not the greatest singer in the world and really wouldn;t want to subject you to that, so I have decided to record my spoken voice for the comparison recordings. The passage I used is straight the front page of the kit’s included instruction booklet.

When recording a singer, I nearly always have a UAD LA2A plugin in the vocal FX chain. This always has the effect of revealing any self-noise issues with a microphone, so I have included a second version of the recording with the LA2A switched in. This version really reveals that the stock MXL990 is quite a noisy microphone.

I shall apply the same hardware and software settings when I produce the “after modifying” recordings and will also show the DAW waveform displays by way of graphically showing any marked output level changes.