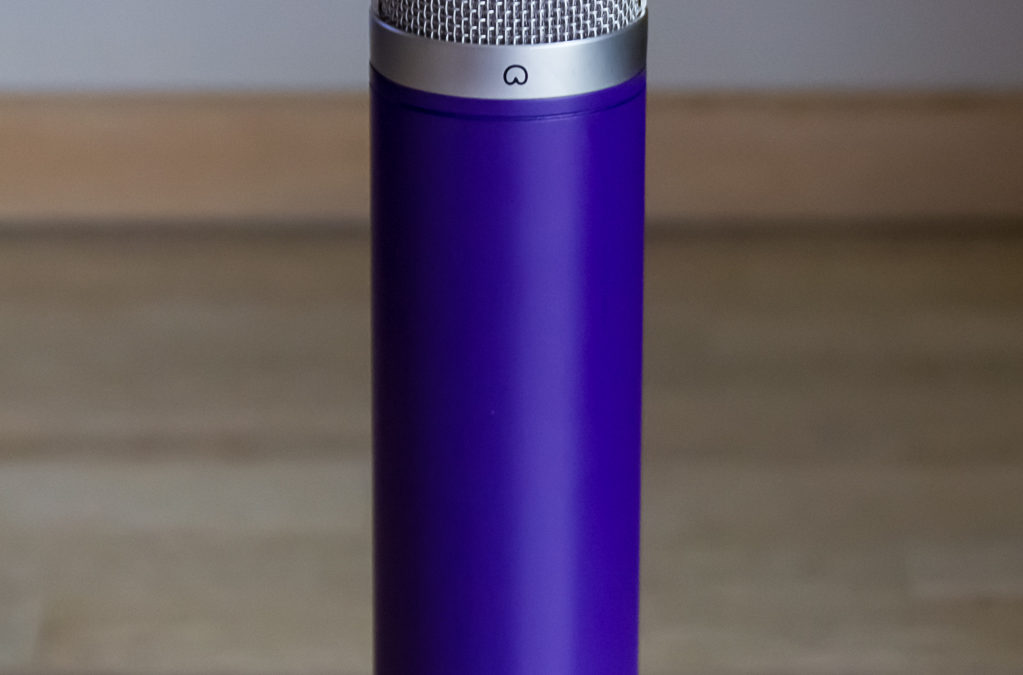 This is now the 3rd microphone mod I have embarked upon. This time around, I am implementing one of the popular micrphone mods out there, popularly known as the Apex 460 mod. In my case, however, the donor microphone is an Alctron HST-11a, which is identical to the Apex 460 and many other brands that rebadge the same Chinese built microphone. The microphone in question is tube driven, the stock tube being a 12AX7, and is powered by an external PSU which also contains a nine-position polar response switch that can vary between figure 8, cardioid and omni polar responses. The mod I implemented is commercially available in kit form from the Microphone Parts website – http://microphone-parts.com/mod-kits/apex-460-mods/ I have opted for the RK-12 capsule as the intention is to end up with a microphone with similar sound and characteristics to the AKG C12. This is the second kit I have purchased from Microphone Parts and cannot recommend them highly enough, both for the quality of the parts and the detail of excellent documentation. Before getting stuck into the actual mod, I removed the bottom nut and main body casing of the mic for a quick respray and set them in the oven to bake for 90 mins at 150° to cure the paint.

With that underway, the first job is to perform some component upgrades to the PSU. Accessing the main PSU PCB was straightforward and required only to remove the case, release the XLR sockets from the panel and unscrew the PCB retaining screws. At all stages I was careful to document the positioning of all components and wires in case any should get accidentally removed. That way you know exactly where it should be reattached!

With the component swap completed, the PSU needs to be reassembled and setup with then micropnone to ensure it still passes audio and so is working correctly. With this task completed and the test passed, it’s now time to turn my attention to the component & circuit changes to the microphone itself. The first job is to dismantle the microphone and document component and cable attachment positions. I found this easiest to do with a series of photos, a few of which I’m showing here. After performing the component swaps (which I have deliberately not shown here!) the microphone must be assembled and tested using the stock tube and capsule to ensure it still passes audio and to verify that the component upgrades have been implemented successfully. With this completed, all that’s left is to swap the capsule & tube. The capsule swap is a little nerve wracking as the new capsule is the most expensive and fragile part used in the upgrade. The new capsule must be mounted on the capsule deck which has to be removed from the microphone body frame. Once mounted, the capsule leads need to be threaded through the holes in the deck which itself is then reattached to the microphone body frame and the head basket reattached – which is the point at which you can breathe a sigh of relief ads the capsule is no longer exposed and once again protected form accidental damage! That just leaves the tube swap, which is replaced with a brand new hand-selected Electroharmonix 6072a.

With all modifications now complete the microphone body can be screwed back on and final audio test comparisons recorded. So here are the all-important before and after test recordings, “before” recordings first:

…and these are the same “before and after” recordings, but run through a typical LA2A (UAD plugin) setting I would use on a vocal track:

I am very happy with the sound of the modded mic. I can hear a much more poised and balanced sound, most notably, the extended freq range on the bottom end and the smoother high-end. The mod has also greatly reduced the mic’s self-noise. Overall it feels warmer with much improved capturing of the fine detail.